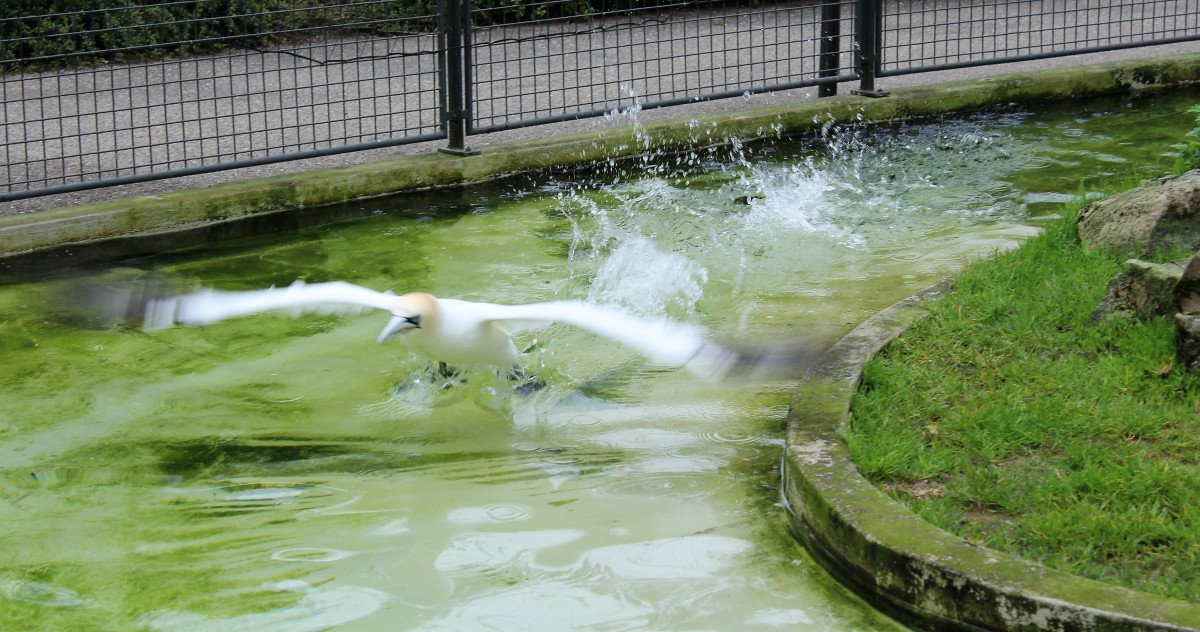 While in a convenience store, I had to explain to Declan what cannabis was. We weren’t anywhere near the Red Light district—just in the mood for a mid-morning snack. But there was cannabis chocolate, cannabis tea, other edibles and cannabis energy drinks (isn’t that an oxymoron?) mixed in with regular junk food. 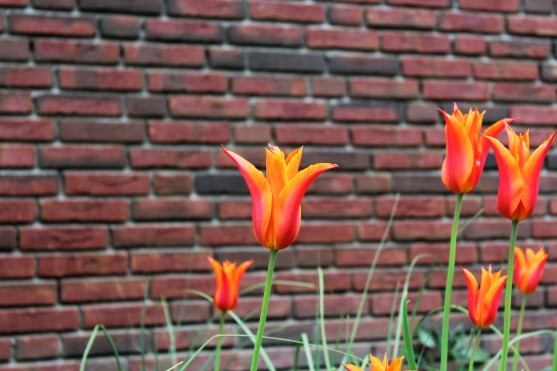 Zoos are more than animals, as this Declan photo can attest. 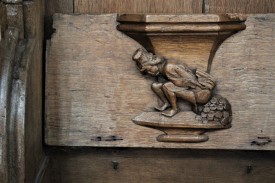 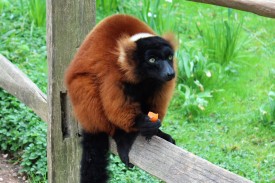 Lemur poses for a closeup. 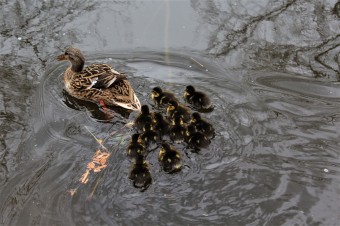 A dozen little yard crappers in the making. 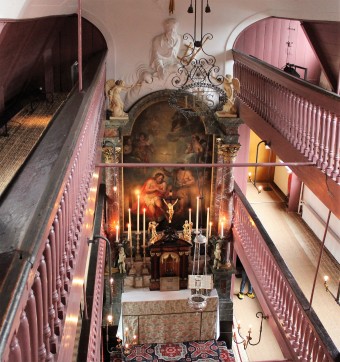 Museum Our Lord in the Attic: Better than you think 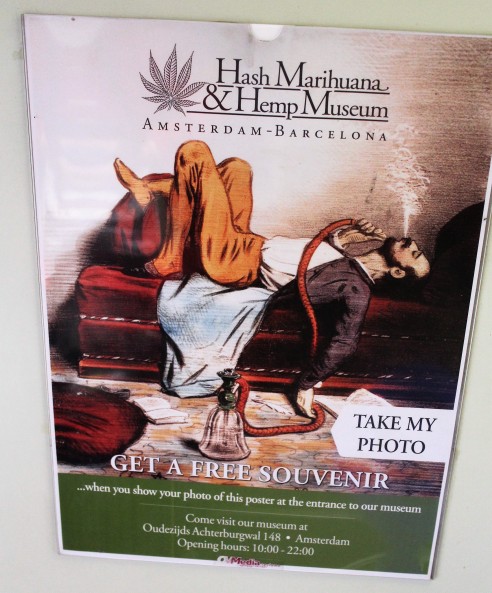 As seen on the subway

So we carefully (carefully!) picked up some Heinz ketchup flavoured Lays chips (tasty) and some Japanese party mix. We skirted the Red Light district on our first full day, catching a whiff of spliff every now and again, seeing an ad for the Hash Marihuana & Hemp Museum on the tram and glimpsing a few “coffee” houses with neon pot leaves on their signs.

But on a church tour Friday morning, the seamy side of Amsterdam could not be avoided. The churches we wanted to visit were on the edges of the Red Light district. While walking to the first church, I turned around at one point and saw a couple of scantily clad ladies on display in adjacent doorways. They were more Clermont Lounge than the Cheetah, if you’re familiar with the reputation of the ladies in the Atlanta strip club scene. Let’s just say I was thankful they were somewhat covered up, although I was wishing for full Muslim garb, if you get my drift. I quietly motioned to Marilynn to go have a look.

We first visited Museum Our Lord in the Attic, a secret church built in 1663 when Catholics lost the right to worship in the city. I was imagining a cramped space where 20 people huddled together under the eaves. It was nothing of the sort. A hundred could easily have fit in the space, which spanned at least two houses and featured pews, side lofts above the main worship area, a pipe organ, priest quarters, a baptismal font and a confessional. It was definitely worth a look.

Then we walked down the street to the Oude Kerk (Old Church), which had packages of hemp tea for sale in the entrance hall. Wacky tea aside, the church was a former Catholic church that was stripped of most of its religious artifacts when Catholicism was banned. It is used mainly for public events now. One misericord (discrete chair where clergy/choir would sit) worth a look shows a Dutchman pooping coins. It refers to a Dutch saying that translates roughly into, “You can’t poop money.”

Better left to the imagination

And once you knew what to look for, it did seem like reefer madness had swept that part of the city. A group of tourists was undoubtedly on a pot tour, judging by the look of the participants and the amount of colitas, rising up through the air. Hand-rolled “cigarettes” were everywhere, as were the accompanying smells.

We spent the rest of our final day in Amsterdam at the Artis Royal Zoo, where I hope no one was high. It’s one of the oldest zoos in Europe and features an aquarium, a planetarium and extensive artwork—none of which we saw because of time constraints. But what we did see was impressive.

The lemurs were shown in a wild setting fully accessible to visitors. They ran in front of us along the top of a fence, one of them slightly brushing Declan’s jacket as it passed. At one point, they all ran into the trees and started shrieking in unison to the point we thought something was wrong. We also saw two hornbills participating in what one could call a sing-off, one singing a few notes, then the other responding in kind. We could have spent an entire day there and not seen all there was to see.

And that sums up Amsterdam: we saw a lot but felt there was much more to hold our attention. The city, drug culture aside, gets an asterisk next to it, meaning we want to visit again.