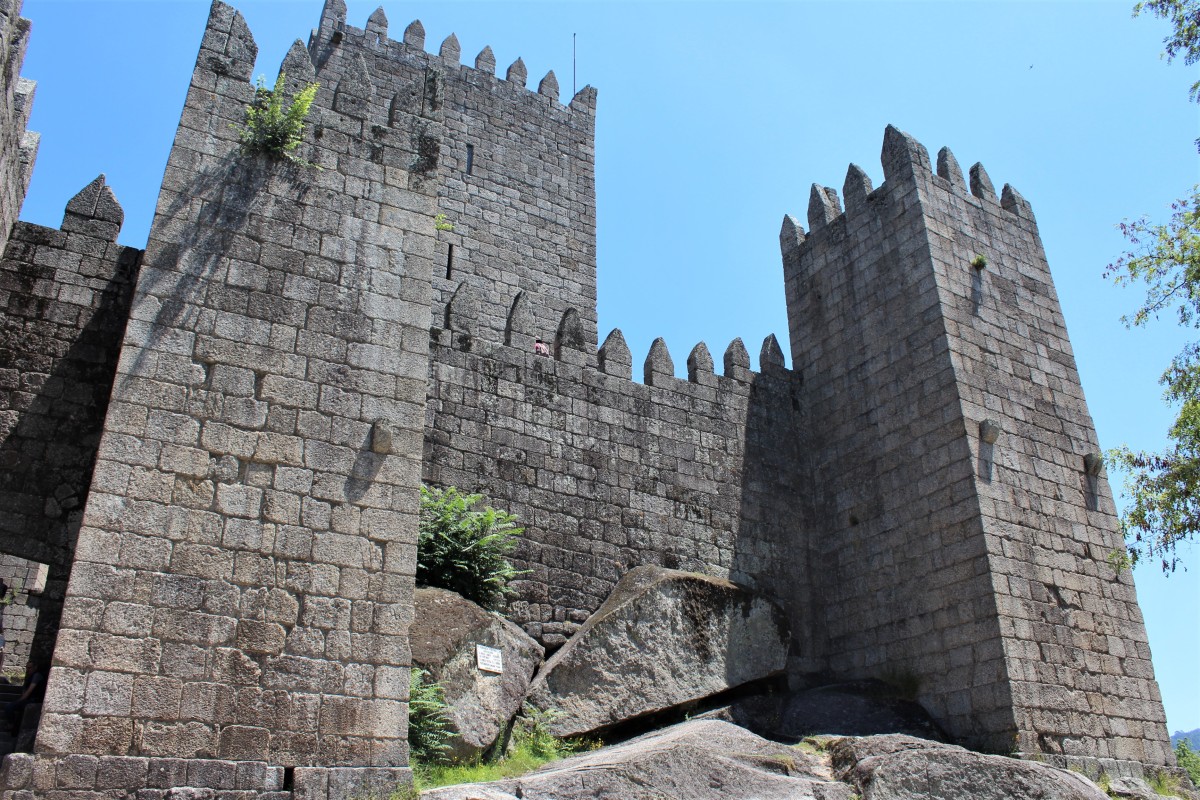 Guimarães, about an hour by train to the northeast of Porto, is steeped in the country’s history. The town is birthplace to Alfonso Henriques, the country’s first independent king, who launched a war against the Moors in the 12th century. It also makes for a great day trip from Porto.

Impressive views can be found from the top of Penha, accessible by cable car.

São Gualter church dates from the 18th century and is set at the end of a highly landscaped boulevard.

Old town in Guimarães is a UNESCO World Heritage Site.

Courtyard at the Ducal Palace of Braganza. 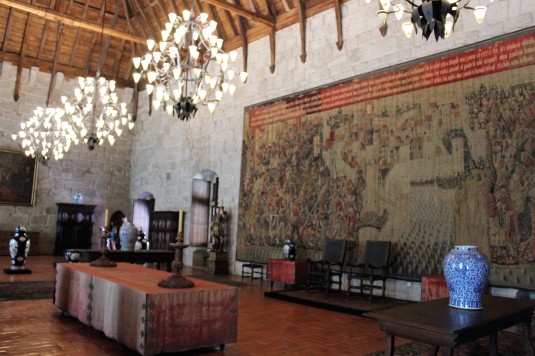 Great room at the Ducal Palace of Braganza.

Significant sights include an 11th-century castle where Henriques was believed to be born, a rebuilt 15th- century royal palace and a cable car that takes you to the summit of Penha, where you can get impressive glimpses of the city and wander through the wilderness.

After getting our bearings, we headed through the old center of town, named a UNESCO World Heritage Site in 2001, toward Castelo, the reputed birthplace of Henriques. The castle, with its seven towers, commands great views of the city (that is, until you’re atop the Penha). You can walk across the battlement in most areas, peering over walls or through archers’ slits.

It’s hard to believe that such an old building has retained so much of its beauty and its character. However, Declan pointed out that the town is somewhat off the beaten path and so is the castle, so the chances of a siege or significant military battle were greatly lessened.

On the same site you’ll also find St. Michael’s Church (Igreja de S. Miguel), where Henriques was baptized, according to an inscription on the baptismal font. However, many date the church to the 13th century, which would have made that impossible.

Regardless, it’s worth a stop on your way to or from Castelo.

Fit for a duke

The Ducal Palace of Braganza dates to the 15th century, when Dom Afonso, future Duke of Braganza, built a royal residence on what’s now known as Holy Hill. The palace fell into disuse following the death of the first Duchess of Braganza in 1480, and remained that way for nearly 450 years.

Reconstruction of the palace began in 1937, and it is displayed now in an approximation of its former glory, with period furniture, tapestries and weapons from the 17th and 18th centuries.

While making our way to the cable car (Teleférico de Guimarães), we passed São Gualter (Igreja de São Gualter), with a wide, highly landscaped boulevard providing unobstructed views of this 18th-century church. The cable car is a bit off the beaten track, but we managed to find it without much difficulty. The ride to the top takes you past layers of Guimarães history, with old houses fallen to ruins next to McMansions with modern design, swimming pools and solar panels. One house even sported an immaculate mini football pitch complete with goals.

A short walk from the cable car among trees, rocks and crevices wide enough to walk through (or hide in) is Penha, which commands prime views of the town below. You can find a modern church atop the hill and several quaint eateries where you can relax with a bite to eat or a cup of tea and even enjoy a round of mini golf.

A quick ride back town takes us back to the train station, our day trip to Guimarães fresh in our minds.