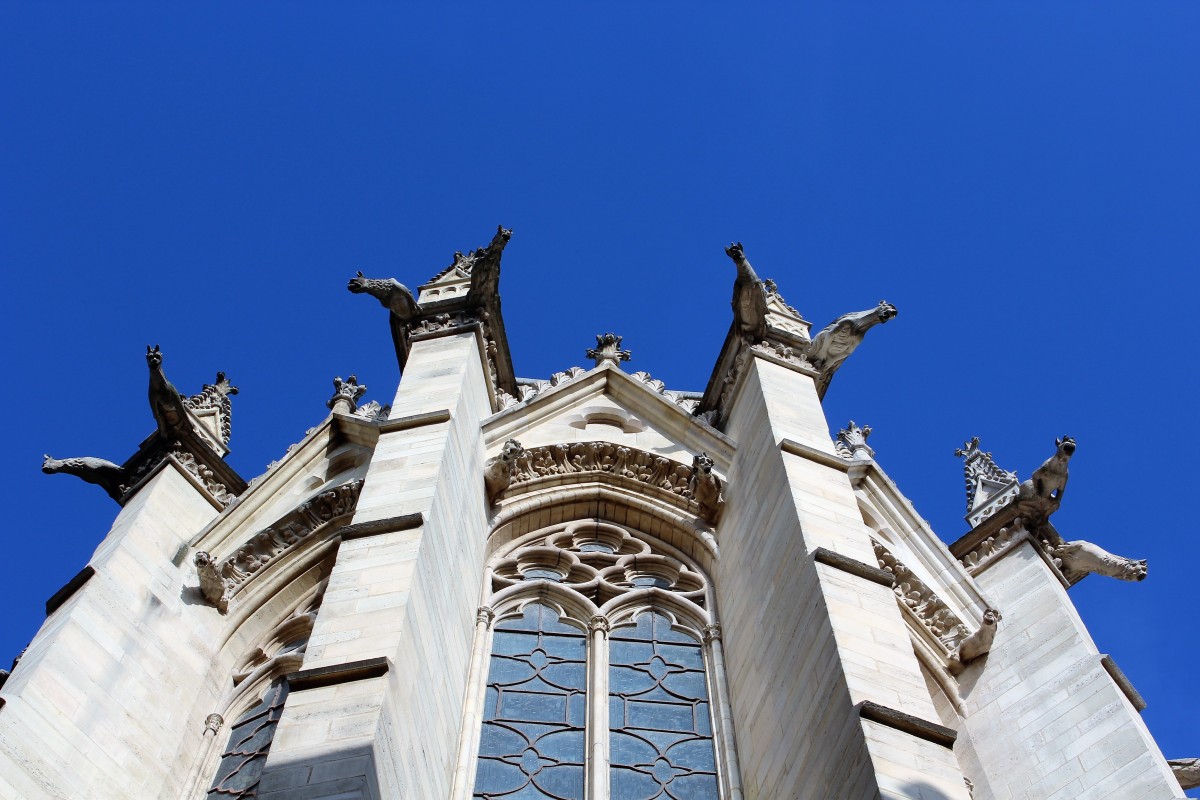 I hate to wait. And I hate crowds. And I particularly hate waiting in crowds. Marilynn knows this, and she did a phenomenal job guiding us to the sights in Paris we wanted to see with a minimum of waiting. Sure, it took a couple of before 7 a.m. wake-up calls, but beating the rush is worth the sacrifice.

View of Paris from the Musee D’Orsay 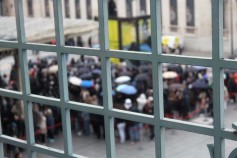 Crowds gather outside the Musee D’Orsay

Notre-Dame cathedral opens at 7:45, and we were among the first 10 in line when one of the giant entry doors swung open. Without a doubt, it stands as the prime example of Gothic architecture.

More than 850 years in the making, the cathedral got its start in the 1160s before getting its Gothic makeover in the 14th century. It’s got everything you expect in a Gothic cathedral—massive rose windows, vaulted ceiling linked by capstones, massive pipe organ, stained glass aplenty and gargoyles that, fortunately for us, weren’t spitting water. At 8 a.m., a prayer service began, filling the cathedral with sweet singing, a perfect accompaniment to the early morning light filtering into the worship space.

Admission is free, but the crowds that had gathered by the time we walked by the cathedral two hours later were hundreds deep. Heh, heh, heh.

After the cathedral, we nipped into a patisserie for croissants while we waited for Sainte-Chapelle to open at 9. The chapel was built in the 13th century as a reliquary (i.e. a place to store religious relics). Sainte-Chapelle stored what was thought to be the crown of thorns that Jesus wore when he was crucified. However, the artifact moved to Notre-Dame in 1804, where it is venerated the first Friday of every month.

Beautiful, upper-floor stained glass windows are the main attraction at Sainte-Chapelle. About 70 percent of the glass is original, covering nearly 7,000 square feet and depicting 1,113 scenes from the Bible. A rose window is “new,” installed in the 15th century.

Again, we were among the first in line, making a beeline for the upper floor after gaining entry. The early morning sun was still weak but strong enough to dazzle the senses through the windows. After gaping at the windows, the eye naturally travels to the painted walls, which still retain considerable color and character, and then to the floor and its highly decorative tiles.

So by 10 o’clock, we’d knocked out the planned activities for the day, leaving plenty of time for unplanned sightseeing.

We were able to sleep slightly later the next day, because the Musée D’Orsay doesn’t open until 9:30. We had our tickets (bought online) already, but all lines at the Impressionist museum get deep even before opening time. Declan took our place in line just after 9, while Marilynn and I finished our croissant and bread breakfast on stone benches outside the museum.

As before, we cleared security and headed straight for the most popular destination, the Impressionist painters’ permanent exhibition. I’m a huge fan of Impressionist art, especially of landscapes, and the Musée D’Orsay didn’t disappoint. Monet is my current favorite, although I also like Pissaro and Cezanne, and Renoir to a lesser extent. There were plenty of Van Gogh’s paintings, although I’d had my fill the week before in Amsterdam. The museum also has several Degas sculptures and a few Rodins.

We were able to peruse that gallery with few other visitors. As we worked our way down the museum, the crowds got thicker and thicker until they were nearly overwhelming in the temporary exhibit, on the mystical concerns of Impressionist artists.

We emerged after three hours into a plaza full of people in snaking lines, both ticketholders and those needing tickets. One of the lines curved in upon itself, then down the plaza steps to wrap around it by half a block. Again, a great choice to buy ahead and enter early.

Not all of our efforts were successful, however. The line to climb the tower at Notre-Dame stretched more than half a cathedral block when we joined it at about 10:15, or 15 minutes after it opened. We stood in line for about 20 minutes when we decided to do something else. And we weren’t able to score tickets for the Paris catacombs, which Declan decided late that he wanted to visit.

But there’s no doubt the early bird beats the rush to popular attractions.