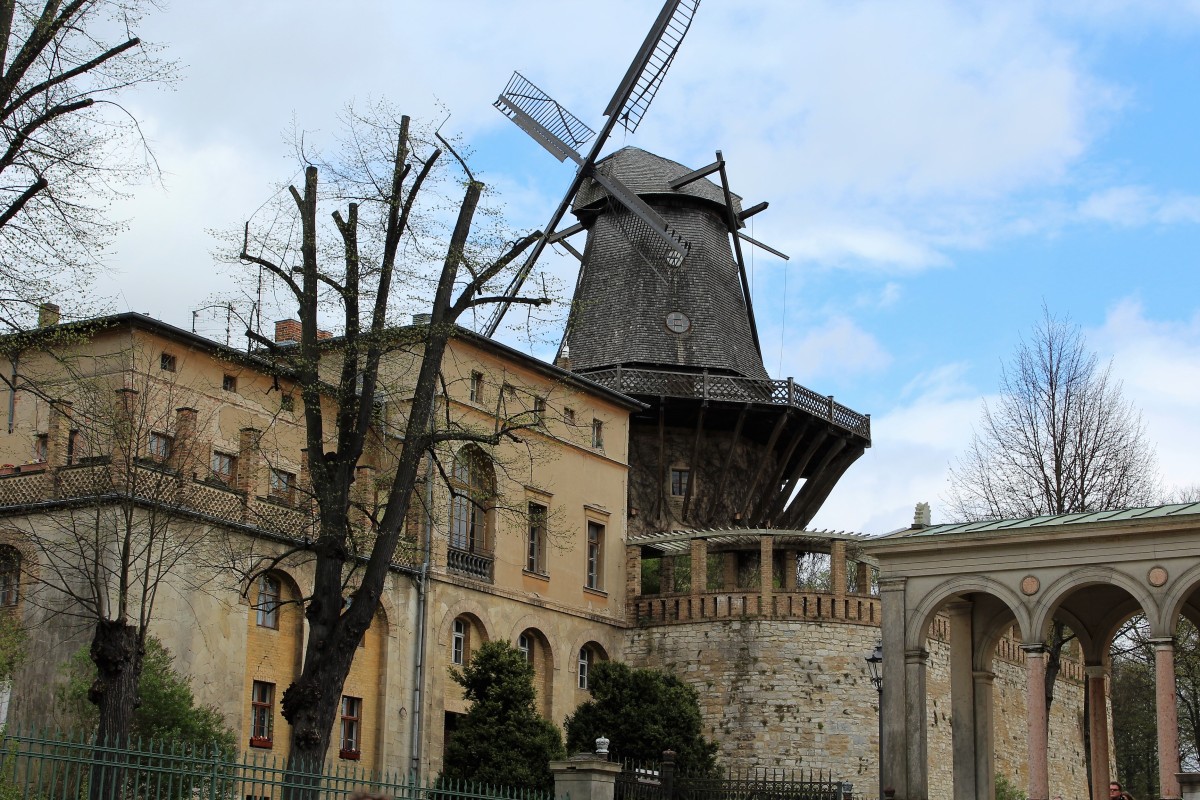 In earlier times, Germany was ruled, in at least the summer, from Potsdam. Each succession of rulers felt compelled to build ever-bigger palaces, and we wanted to glimpse at least a few of them on our final day in Berlin. 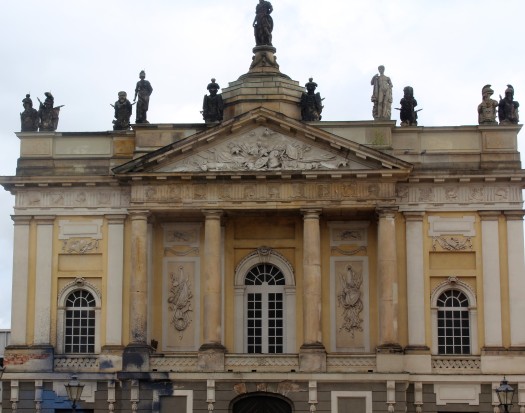 Dragons on restaurant too pricey for us 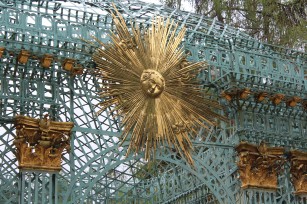 Declan on the train

The tourist passes we purchased included free transportation, so we hightailed it to the Potsdam rail station to catch a palace tour. We signed up for a guided tour, but, since most of the tourists were German, the few tourists who primarily spoke English were put on a special bus—which never left the station because of a technical glitch.

So after a few quips about the technological prowess of Germans and a partial refund of our money, we were put on one of those hop on, listen to a tour through headphones kinda bus. The commentary, while interesting, was cheesy in both diction and tone. In the audio, a man was showing a woman the city’s sights, but her grasp of English—not to mention timing—was horrible. The man’s wasn’t much better.

Just out of the station, the commentator extolled Potsdam for its film production prowess. Unfortunately, the tour operators did not avail themselves of this homegrown talent to produce their audio. Marilynn and I could have done a much better job.

Meanwhile, back on the tour

But, as I said, the tour itself was interesting. Along with the palaces, the tour included other fascinating parts of Potsdam’s history, including the “mosque” that was built to hide the steam pump for the city’s fountains. The city’s Dutch quarter was built to attract (who else?) Dutch engineers to fix the city’s water woes. Apparently not many Dutch relocated, but enough did to get the job done.

When the Russians gifted the city a Siberian choir as a reward, special accommodations were constructed to make the choir feel at home, with faux log exteriors and plenty of open space to resemble their native land.

Throughout our visit, it was hard to get our heads around the idea that reunification of East and West Germany occurred less than 30 years ago. The city appears to operate seamlessly, and construction cranes dominate portions of the city’s skyline.

That point was driven home during a ride through the former Forbidden City in Potsdam, where Soviet intelligence personnel lived after throwing out the area’s inhabitants. In less than 25 years since the Forbidden City homes were turned back over to the owners (more likely, heirs), one could not tell there ever had been an incursion here.

And that’s the best way to end a trip to Berlin, remembering that the city has done a remarkable job of recovering from five decades of division.