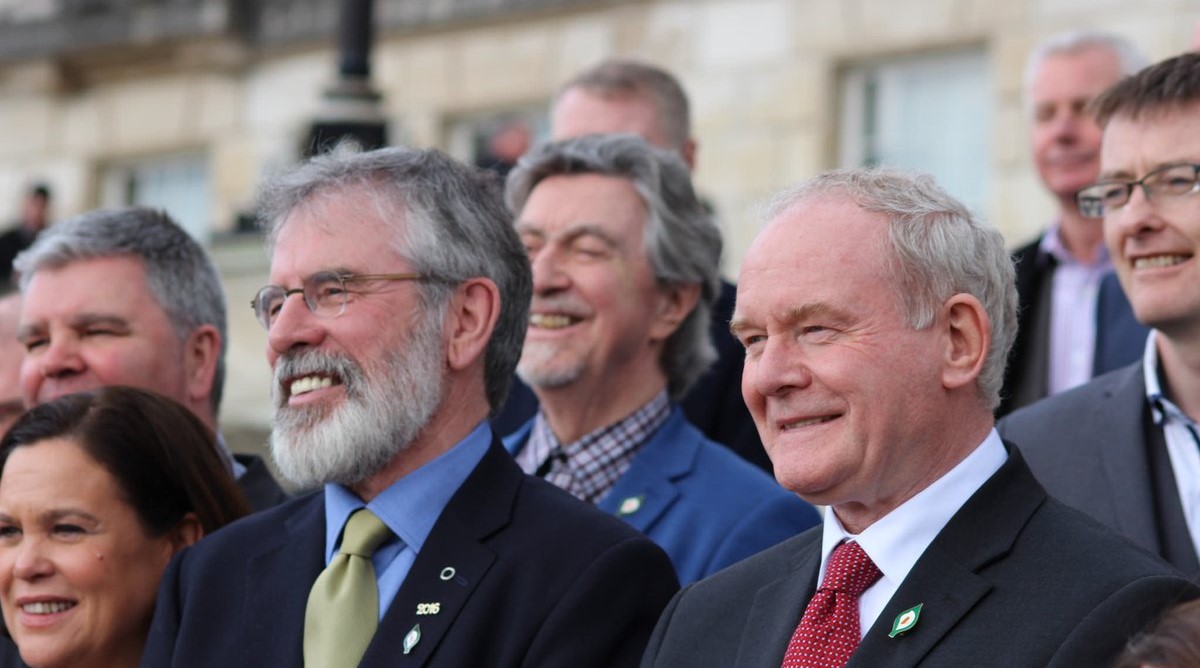 With the passing of IRA leader and later Northern Ireland Deputy First Minister Martin McGuinness this week, thoughts naturally turn to the man’s place in history. Should he be remembered as a statesman who helped negotiate the Good Friday Agreement that brought an end to the Troubles? Or as a terrorist who, despite his protestations, is widely believed to have directed and participated in terrorist activities?

His status as a Catholic from the Bogside of Derry played a huge role in his decision to join the IRA. According to the Guardian, after attending technical college, McGuinness was turned down for a job as a mechanic because he was a Catholic. Three years later, in 1968, he joined the IRA after seeing bloody pictures of Gerry Fitt, the Catholic MP for Belfast West, after he was hit by police batons.

McGuinness’s radicalization didn’t turn on a single incident, I’d imagine, but occurred gradually over time as mistreatment piled atop mistreatment until he reached the breaking point.

Marginalizing a class of people

It got me to thinking about what I feel is America’s mean-spirited (not to mention clumsy and likely illegal) recent efforts to ban Muslims from traveling to the US. The latest is the odd ban on electronic devices larger than a cellphone in the cabins of flights originating from most Middle Eastern countries. (Side note: what about those dangerous lithium batteries in laptops in checked baggage? I’m more afraid of exploding lithium batteries than I am of terrorists.)

Maybe there is a compelling security reason, but does taking your shoes off at airport security and leaving your big tube of toothpaste at home make you feel any safer? Logic does not favor the government in these issues. But I digress.

Even if I was the straightest-laced Muslim imaginable, I’d be pissed off. Now imagine those already disadvantaged by lack of education or high unemployment where they live, and you begin to see how the seeds of dissent are sown by those who truly want to do harm to Westerners.

Let me be clear: we’re talking about an infinitesimal number of radical idiots in a vast sea of people, nearly all of whom share the same dreams of building a better life for themselves and their children as we do. Americans don’t hold a patent on this idea.

I consider myself a Christian, yet I’m truly appalled at many of the things allegedly done in the Lord’s name in the US and around the world. Conservative Christianity no more reflects my values than radical Islam reflects the values of all but a handful of Muslims.

Martin McGuinness was radicalized after being put down for his religion and seeing people just like him being cast to the sidelines of society time and time again.

But through personal growth and empathy, McGuinness risked his life to negotiate peace and later served admirably in the resulting power-sharing government with former enemies, including rabid unionist Ian Paisley. How will he be remembered? He will be seen both as a terrorist and as a diplomat, I’m sure.

Life must go on, regardless

How many future terrorists is the US risking through its heavy-handed efforts to keep us “safe,” while at the same time decimating the State Department budget that funds outreach to the world and beefing up what’s already the world’s largest military?

These efforts don’t make me feel safe. They just make me embarrassed for the country my family has been a part of since before the Revolutionary War.

Earlier this week, there was a terrorist attack in London. Declan and I are visiting there next weekend, attending a football match with 60,000 other people, visiting the Tower of London, Harrod’s and the British Museum, all top tourist attractions.

And the whole family will be in Antwerp next month, the scene of another incident just yesterday. Oh yeah, and we’ll be in Paris and Berlin on that trip, too.

Like it or not, we all are citizens of the world, and what the US does in the name of “security” has impacts that likely will ripple for years. On this matter, I take my cue from ‘80s pop star Joe Jackson and the title track of his 1986 album, “Big World.”