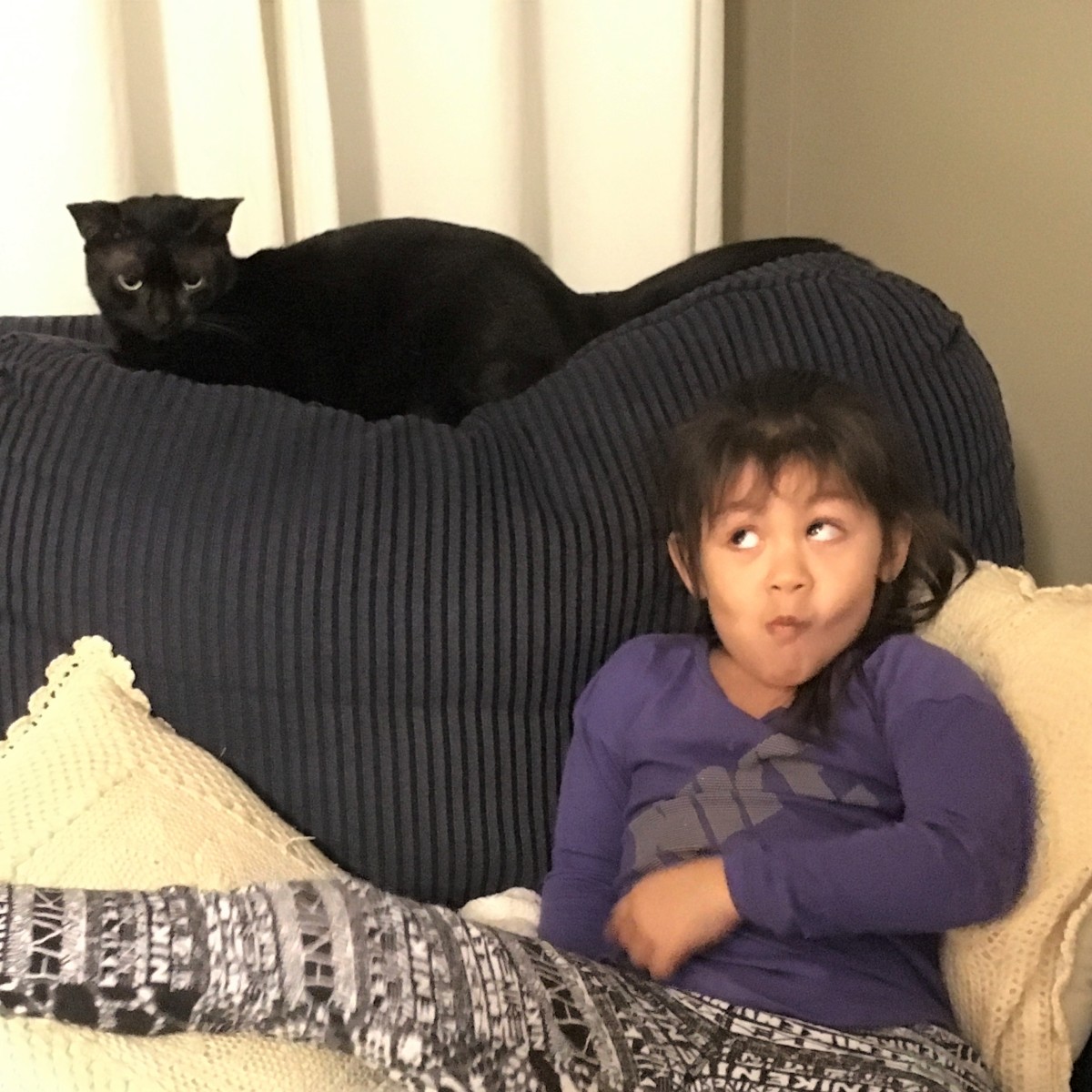 Don’t mind that cute kid … look at that gorgeous cat! Nine weeks into this adventure, and it appears that our cat Gunner has settled in nicely with our carer, Nancy.

That’s her granddaughter, who Nancy says is quite taken with Gunner. And that’s one of Gunner’s favorite positions, on top of the couch where she can survey the scene without appearing too interested.

Nancy says Gunner is very active at about 4 in the morning and following afternoon nap, which is when she was playful at home. She might have been playful at 4 a.m., too, but we keep our bedroom door shut. Nancy also says Gunner is getting along well with her old cat, Malachi.

We miss many things about Decatur, but we miss Gunner most. I left my black shaving kit on our bed the other day and thought it was the cat when I passed our room later.

It’s apparent that our beloved cat is doing much better than our not-so-beloved-these-days Premier League team Arsenal. Blown out of the Champions’ League, pretty much out of the Premier League race this year, but still in the FA Cup, which is football’s equivalent  of a Miss Congeniality prize.